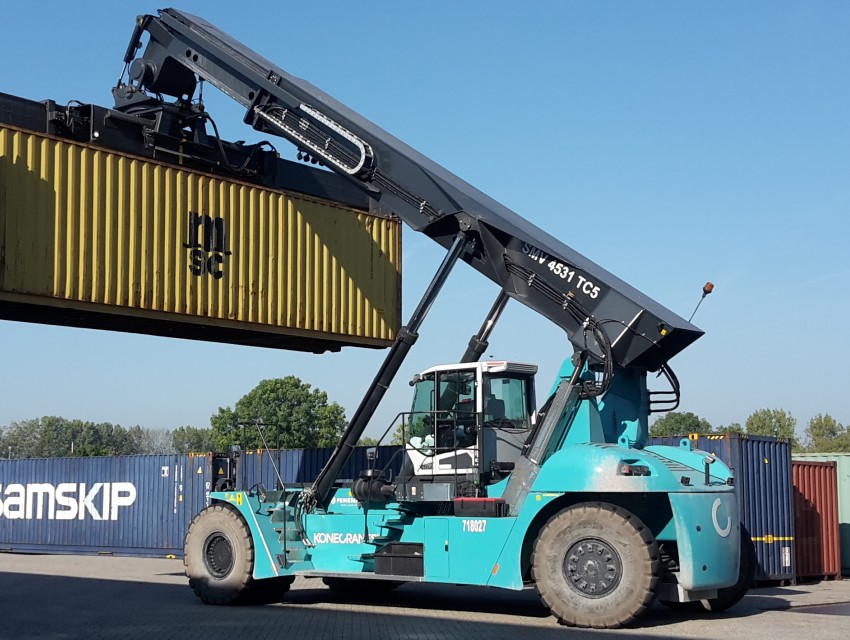 In March 2019, CCT Alpherium, an inland waterway container terminal located in Alphen aan den Rijn, a mid-size town in the western Netherlands, received their second Konecranes Flow Drive reach stacker in as many years, and placed an order for a third one. All the three units are being used for container handling around the site.

Located almost halfway between Amsterdam and Rotterdam, the inland terminal has a capacity of more than 200,000 TEU per year. Keen to manage environmental issues more effectively, Alpherium in 2018 invested in their first two Konecranes Flow Drive reach stackers, aiming to reduce fuel consumption and costs, as well as carbon emissions and noise within the terminal.

Almost immediately, truck drivers gave direct feedback to terminal manager Ivo Hilhorst. They told him that the Flow Drive lift truck gave then a smooth ride, with no issues affecting the transmission. Braking and reversing were simpler and maneuverability was excellent. In addition, the truck ran at a lower noise level that made operating the vehicle at any time more pleasant, and a better choice during night shifts. They also noticed that fuel consumption was down by around 25%.

”We were very happy with our first Flow Drive machine,” says Mr Hilhorst. “It performed so well, we decided to get another one less than a year later. We plan to replace all of our old reach stackers with Konecranes Flow Drive vehicles, and that’s why we have one additional order in the pipeline”

Peinemann Mobilift Group was responsible for brokering the deal. As one of Rotterdam’s premier heavy lift solution providers, the company offered Alpherium their “total terminal maintenance concept”, by which they mean a complete service and maintenance package. “Together with Alpherium. we are continuously improving on environmental issues, including the reduction of fuel consumption,” said Marcel Toepoel of Peinemann. “All the machines have also been equipped with TRUCONNECT for close monitoring.”

Konecranes has developed three ECOLIFTING concepts – Power, Flow, and Hybrid - that employ innovative engineering solutions to help customers save money, maintain performance and benefit the environment. Flow Drive uses a combination of hydrodynamic and hydrostatic technology to improve efficiency at high speed and precision at low speed. The result is its impressive performance for customers including Alpherium.

“We’re excited to hear how much our customers like Flow Drive,” says Tobias Åkesson, Area Sales Manager, Konecranes Lift Trucks. “ECOLIFTING helps them make better choices for their businesses and the future.” 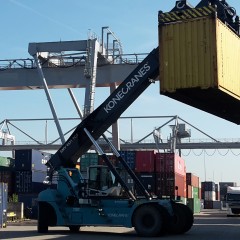 Choose Konecranes lift trucks to get a Lifetime Advantage