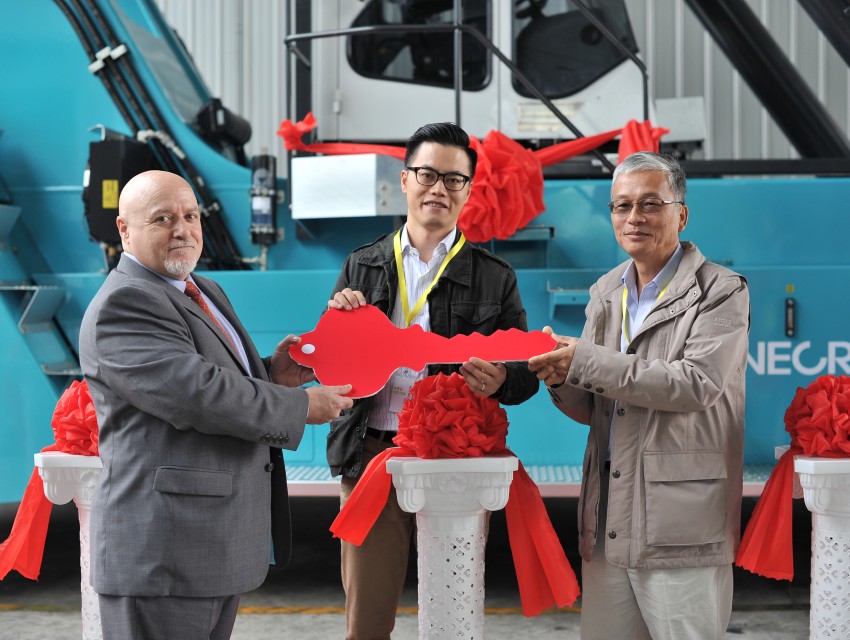 The Konecranes factory in Lingang New City, Shanghai, China has produced its 888th Lift Truck. The number Eight (Ba in Chinese) has a similar pronunciation as 发 (Fa, meaning wealth or fortune) and is popular in China for everything from house numbers to cellphone numbers, the Beijing Olympics in fact commenced at exactly 8 minutes past 8 o’clock on the eighth day of the eighth month in 2008.

The Lingang factory has certainly had good fortune since its opening in 2007. A large extension in 2010 doubled its production capacity and since then the reach stackers, empty container handlers and heavy forklift trucks assembled there are exported to customers across the globe. The factory now boasts about 100 employees and recently won safety award among five Business units in NEA.

“This is a wonderful moment for our team here in Lingang to reflect on the strategies and teamwork that have helped us produce consistent quality 888 times. I’d like to thank each and every person in the factory for their part in this milestone, and look forward to achieving the targets we have set ourselves for the future: Eight thousand, eight hundred and eighty eight here we come!” Says Niklas Ruud, General Manager, Lingang Factory, Business Unit Lift Trucks.

The lucky 888th machine is a SMV 4531 TB5 reach stacker destined for Accumulator International in Taiwan. Where the reach stacker will increase the current rental fleet capacity of the company.

Lars Fredin, Vice-President of Konecranes and Head of Business Unit Lift Trucks, concludes “Konecranes certainly feels lucky to have the capabilities and experience of the engineers and staff in Lingang. We are a global team, and for the factory to have reached this auspicious milestone is a great reflection of our company’s unity of purpose.” 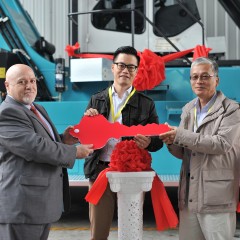 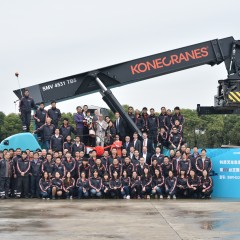 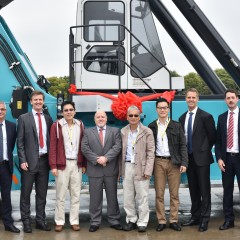 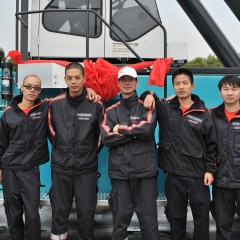 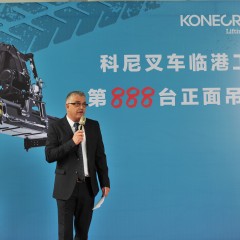